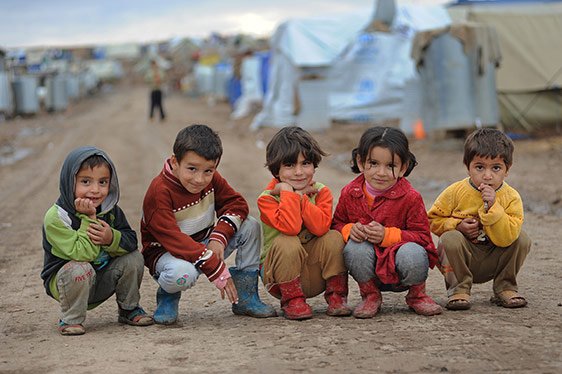 Despite an impressive response, by MoE and development partners, to provide vulnerable Syrian children, as well as vulnerable children in host communities, with timely and adequate education services, both in Syria and the neighboring countries, there are major challenges in terms of access and quality, curricula taught and the certification that Syrian children can receive for their learning.

In Syria around 1.9 million children dropped out of school (around 900,000 left the country) and 1.3 million are at risk of dropping out. There are more than 773,000 school-age children in the 5 host countries (those registered among the 900,000 who left) of which more than 386,000 are out of school (nearly 50%). More than 4,000 schools have been damaged, destroyed or are no longer available in Syria. There are continuous attacks on schools, students, teachers, and school personnel. In host countries, the following are the key challenges in terms of access: Overburdened and stretched public systems; overburdened and stretched non-public providers; poor and overburdened host communities. In terms of quality, the following are the challenges: Overcrowded classrooms and burdened and untrained teachers; language of instruction; different curricula and weak remedial education (and anxieties of Syrian refugee communities about content); psychosocial stress and trauma; hostile, discriminatory and exclusionary school environments; weak mechanisms to support Syrian students.

Except for Turkey and some camps in Iraq, the host country curriculum is used for teaching Syrian children. Certification in these host countries is provided by MoE based on host country curriculum and tests/assessments. However, it is not clear whether diplomas or official school papers will be recognized in Syria or any country of potential resettlement. In Turkey, the Syrian Education Commission (SEC) revised and edited the Syrian (Government) curriculum and this version was endorsed by the Syrian National Coalition (SNC). However, the SNC cannot provide certification for the revised Syrian curricula. Remedial education modules are used in all non-formal settings in all countries. However, accreditation of this learning remains a challenge.

This conference builds on the needs and gaps identified in the December 2013 conference, organized by UNESCO and UNHCR, and entitled: “Exploring an Education Response to the Syrian Refugee Crisis”. It focuses on policies and practices regarding scaling up quality provision for Syrian children in Syria and the 5 host countries, as well as for vulnerable children in host communities who also bear the burden of the crisis. The objectives of the conference are to come up with concrete strategies and mechanisms in three areas: