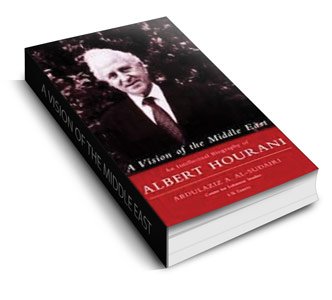 A Vision of the Middle East: An Intellectual Biography of Albert Hourani

Publisher:The Centre for Lebanese Studies and I B Tauris & Co. Ltd., Oxford and London, 1999.

Albert Hourani changed our view of the Arab world. This is the first intellectual biography of the man whose influence affected perceptions of the modern Middle East for several decades. Abdulaziz A. Al-Sudairi traces Hourani’s interaction with the Middle East from his search as a young student born in Manchester for his Middle East identity, to his attempt as a young British official in the Arab world to explain the Palestinian dilemma to the British and American governments.