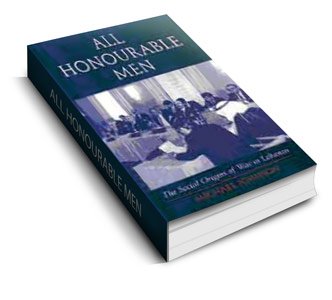 All Honourable Men – the social origins of war in Lebanon

Publisher:The Centre for Lebanese Studies and I B Tauris & Co Ltd, Oxford and London, 2001.

All Honourable Men examines the cultural values of honour and patriarchy in Lebanon, with a particular concern to show how they influenced confessional identity and conflict in the nineteenth and twentieth century. While there are many studies of the social construction of difference, few deal with the emotional content of ethnic violence. Drawing on sociological and psychoanalytic theory and using comparative examples from other parts of the world, Johnson analyses the violent emotions of confessionalism in Lebanon.