From Education to Employment: Youth Trajectories in Jordan and Lebanon in the Context of Protracted Displacement 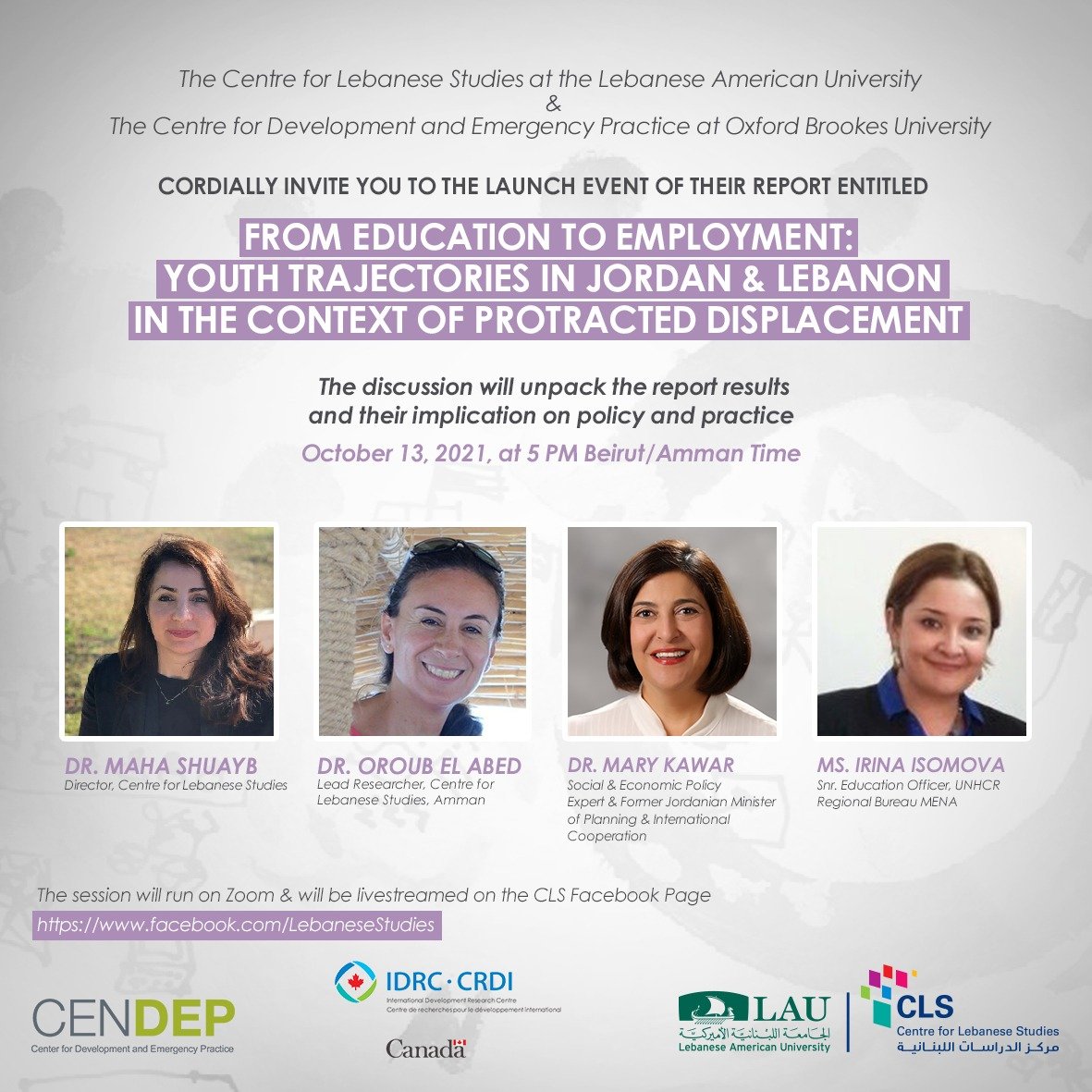 From Education to Employment: Youth Trajectories in Jordan and Lebanon in the Context of Protracted Displacement

The CLS and CENDEP launch event of their research From Education to Employment: Youth Trajectories in Jordan and Lebanon in the Context of Protracted Displacement will be held on Wednesday October 13, 2021 at 5PM Beirut/Amman Time.

Youth labour conditions are strongly affected by neoliberal economic policies that focus on services, banking, and tourism, which dominate the economic system in both countries. These policies have increased inequality and further marginalise the most vulnerable groups without giving them enough social protection. Jordan and Lebanon portray significant similarities and differences. They are not signatories to the 1951 Convention Relating to the Status of Refugees. However, both countries have signed a Memorandum of Understanding (MoU) with the United Nations High Commissioner for Refugees (UNHCR), which is present in both countries. Advocacy for refugees’ rights is a sensitive issue in both countries due to the history and presence of Palestinian refugees. Both countries neighbour Syria, had large Syrian populations before the Syrian war started in 2011, and have received huge numbers of Syrian refugees since 2011. However, the two countries have approached the management of Syrian refugees differently. By studying the “status” in THIS report, the researchers meant to unpack the various elements that affect access to rights to education and employment. In the first instance the role of legal status and particularly the differential access to and right to work that different legal statuses hold (such as Syrian refugee, Palestinian refugee and national). The interaction of legal status with other social statuses such as class, gender, and location and by working with trajectories and pathways, the report analyse how legal status interacts with other social statuses.

This discussion with Dr. Maha Shuayb, Dr, Oroub EL-Abed , Dr. Mary Kawar, and Ms. Irina Isomova will unpack the role of legal status in a larger picture of social status for accessing employment in the context of the countries’ substantial refugee populations.