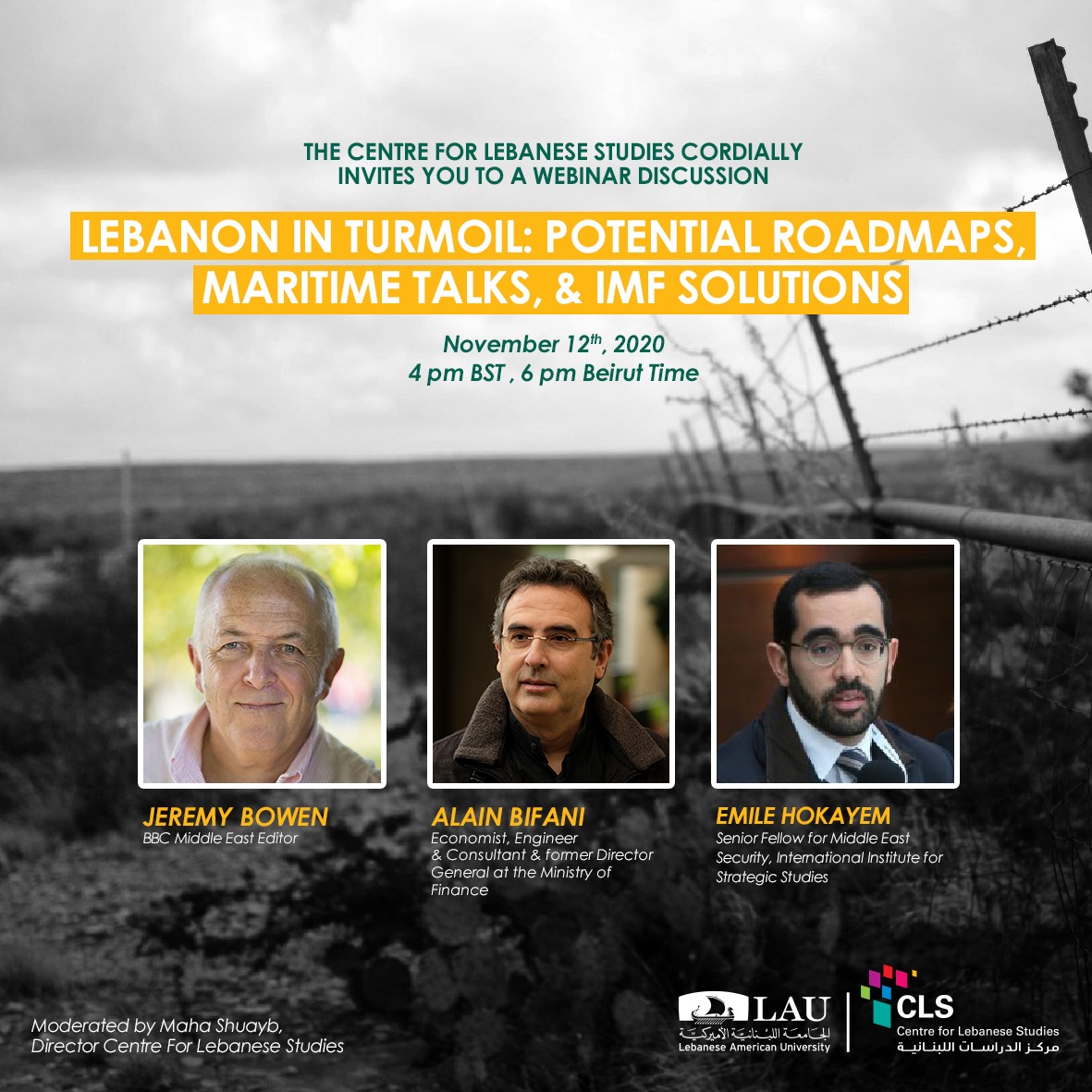 On November 12, 2020 CLS hosted, Lebanon in Turmoil: Potential Roadmaps, Maritime Talks, and IMF Solutions. The webinar was moderated by CLS Director Maha Shuayb with economist and former Director General of the Ministry of Finance Alain Bifani, Senior Fellow for Middle East security at the International Institute of Strategic Studies Emile Hokayem and BBC Middle East Editor Jeremy Bowen.  There was a consensus among panelists that the situation is dire with little prospects of real change if no action is taken by the existing ruling structure. Starting with some alarming numbers Alain Bifani described a bottomless freefall with nothing done in over a year to stop it. He offered two scenarios, one from the top requiring implementation of serious reforms and IMF mobilization and a more likely from-the-bottom scenario moving the nation to an impoverished new normal with government losses swallowed by Lebanese depositors and businesses. A sentiment echoed by Emile Hokayem who spoke of an unsubstantiated resilience and a baseless middle class with no means of sustenance now that the hollow economic structure has collapsed. Real reforms cannot be imposed, said Jeremy Bowen, they must come from within. Bowen restated that Macron and the French initiative are the only real game in town amid a generalized Lebanon ‘fatigue’ and overall disinterest from the international and Arab communities. Panelists also agreed that timing of Maritime talks are only a distraction with no real substance or translatable gains. The only way out, panelists concluded, are an awakening of the political ruling elite, implementation of real and clearly laid out reforms, and the support of the international community.