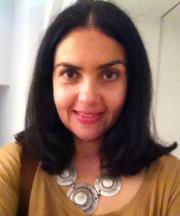 Dr. Dina Kiwan is the Centre for Lebanese Studies Fellow at the Middle East Centre, St Antony’s College, University of Oxford for the academic year 2015-16. She is Associate Professor in Sociology at the American University of Beirut, since September 2012. Her research project will examine how conceptions of citizenship change in contexts of significant political upheaval in Lebanon, exploring i) conditions and processes of social change, and ii) the ‘actors’ of social change.  As such, it aims to explore both meta-level and micro-level changes to understandings / conceptions of citizenship through examining different ‘discourses’ that are constructed and challenged in political, legal, educational, artistic and media domains.

Educated at the Universities of Oxford, Harvard and London, she was previously Senior Lecturer in Citizenship Studies at Birkbeck College, University of London, and Co-Director of the International Centre for Education for Democratic Citizenship (ICEDC).  Her research program focuses on citizenship and civil society, which is interdisciplinary and international extending across the domains of education, gender, human rights, immigration and naturalization. Publications include Kiwan (2008). Education for Inclusive Citizenship (Routledge), and Kiwan, D. (ed). (2013) Naturalization Policies, Education and Citizenship: Multicultural and Multination Societies in International Perspective (Palgrave Macmillan). Policy and consulting experience includes appointment to the UK’s Home Office ‘Life in the UK’ Advisory Group by Home Secretary, David Blunkett (2002); commissioned to co-author Diversity and Citizenship review for UK government’s Department of Education (2007); a member of experts’ advisory board for Carnegie Middle East Center ‘Education for Citizenship in Arab Countries’ research project, consulting the Lebanese government on teacher-training for religious diversity management, (2013) and regional manager for the Middle East for a large-scale research project on Democracy (2013-ongoing). She has been responsible for co-drafting a curriculum guiding framework on Global Citizenship Education for UNESCO (2014), with Mark Evans, University of Toronto, and leading a research project for an Oxfam-funded project on women’s participation and leadership in Lebanon, Jordan and Northern Iraq (2015).