Human Rights and Peace Education in The Lebanese Citizenship Textbooks: A Comparative Lens 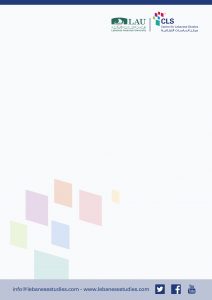 In 1997 the Lebanese government published its newly developed curriculum and textbooks which came following a long and fierce civil war which had started in 1975. The new curriculum placed a great emphasis on nation building, reconciliation and citizenship. This study aims to examine how the citizenship textbooks in Lebanon addressed the human rights, peace education, namely conflict resolution and dialogue, all of which are crucial in any attempt to build cohesion in a post-conflict society. The article compares Lebanon’s experience to other countries in the region trying to deal with post-conflict and war. Findings revealed that human rights, peace education, conflict and dialogue are endorsed in the aims and objectives of the 1997 curriculum. The textbooks directly addressed some of these themes, particularly human rights and to a less degree conflict and dialogue. The pedagogy followed in the textbooks in teaching the two concepts was primarily descriptive and lacked critical analysis. Despite the fact that the constructivist approach has been adopted as part of the curriculum objectives, implementation of this approach is almost absent from the civics textbooks.