Lebanon: A History of Conflict and Consensus 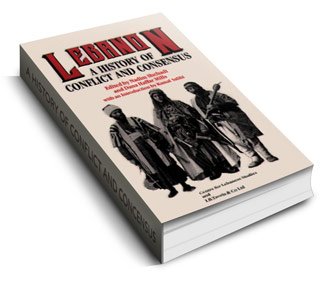 To re-examine and reassess an historical process can be particularly important in times of crisis. For those who are concerned with the tragedies and future of Lebanon, such a reappraisal is essential, because the events of the years since 1975 inevitably pose the question of whether the view of Lebanese history which had gradually been held until then can any longer be accepted.

Until the outbreak of the civil war, it was customary to think of the modern history of Lebanon as a history of a success, even of a triumph. The order had broken down in the three decades between 1830 and 1860, because of a combination of internal and external factors, but had then been restored in more explicit form. The last years, however, have witnessed a spectacular breakdown of the civil order, once more because of internal and external factors, and inevitably this has raised new questions. Is discord rather than harmony the normal state of relations between the different communities? Was the apparent harmony of an earlier period illusory? Why did it come to an end, and what are the conditions that will restore it?

The papers in this volume are the outcome of a conference organised by the Centre for Lebanese Studies in Oxford in September, 1987. The chapters have been written by a group of internationally respected scholars and experts on Lebanon and cover a wide range of themes that explain both the roots of the conflict and the basis for resolving it. The book should be seen as an historical introduction to the complexities of the Lebanese problem and represents the latest academic research on the background to Lebanon’s intractable problems.