The U.N. agency for Palestinian refugees faces another crisis 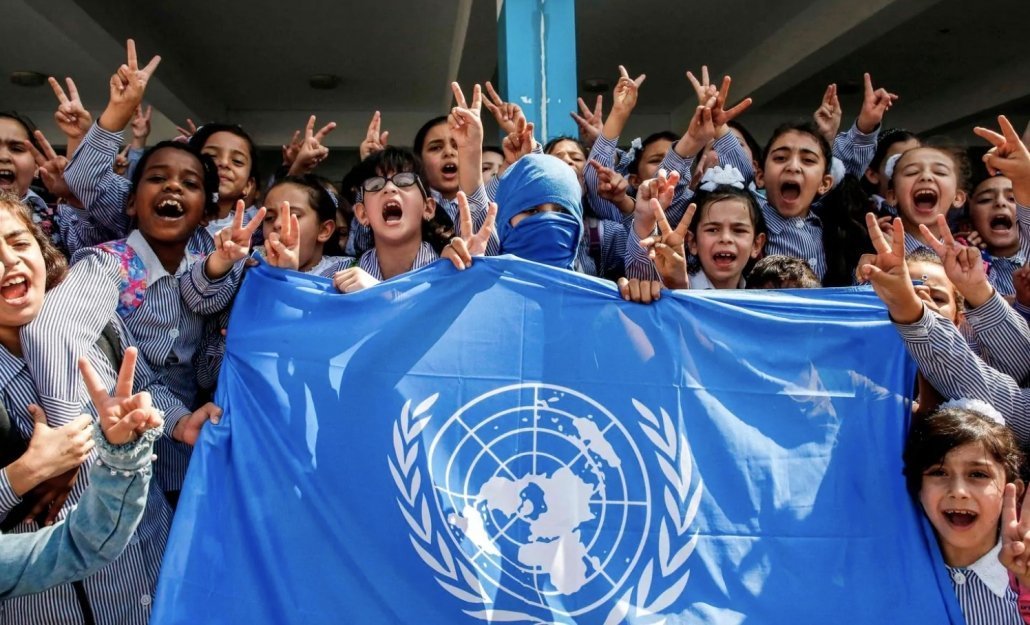 An ethics report detailing serious abuses of power has only added to the agency’s woes.

Palestinian schoolchildren chant slogans at a U.N.-run school in the Arroub refugee camp near Hebron in the occupied West Bank in 2018. (Hazem Bader/AFP/Getty Images)
By Anne Irfan and Jo Kelcey

This summer, the top management of the U.N. Relief and Works Agency for Palestine Refugees in the Near East (UNRWA) were accused of serious abuses of power, including sexual misconduct, nepotism, bullying and retaliation. Al Jazeera reported that the agency’s ethics department made these claims in a recent report.

The U.N. Office of Internal Oversight Services is investigating. This is not the first time that it has been called on to look into the agency. The Swiss, Dutch and Belgian governments have all suspended payments to UNRWA while the investigation is ongoing. Danny Ayalon, the Israeli ambassador to the United Nations, has formally called on the international community to completely defund UNRWA.

The allegations, if true, violate U.N. standards and represent a significant breach of responsibility and trust. But beyond the immediate crisis, UNRWA has deeper structural flaws.

UNRWA was never designed to do the job it does now. As Anne Irfan discussed in a recent article, the agency remains restricted by major structural constraints put in place when it was first established in 1949.

The United Nations originally created UNRWA as a temporary agency to respond to the humanitarian crisis facing more than 750,000 Palestinian refugees after the establishment of the state of Israel in 1948. In its early years, UNRWA’s work focused on providing temporary relief and creating jobs for Palestinian refugees in Arab host states — Syria, Lebanon, Jordan, which then included the West Bank, and Gaza, then under Egyptian administration. Meanwhile, the United Nations charged the U.N. Conciliation Council for Palestine (UNCCP) with devising and implementing a permanent political solution for the refugee crisis.

This supposed distinction between politics and aid was a front. In fact, the Western governments funding UNRWA — particularly the United States and the United Kingdom — sought to use UNRWA’s job-creation schemes to permanently resettle Palestinians in Arab host states, bypassing legal and political processes. In the early 1950s, UNCCP became inactive, leaving no U.N. body tasked with seeking political solutions to the refugees’ plight.

As researcher Jo Kelcey explained in an article last year, UNRWA was modeled on a public works program developed in the American South. Most of UNRWA’s senior management and decision-makers have been from either Western Europe or North America. UNRWA has had only one commissioner general from a non-Western background: Turkish diplomat Ilter Türkmen, who was in charge from 1991 to 1996.

Consequently, many decisions and policies are made on behalf of the refugees, without their input. All this gives UNRWA a neocolonial feel and serves to detach it from the population it serves. It also creates frustrations for the agency’s Palestinian staff — who form the majority of lower-level employees — and its 5 million Palestinian beneficiaries, who have little official input regarding UNRWA’s services.

Since UNRWA’s early days, Palestinian refugees have lobbied for a more democratic agency that better represents their needs, equalizes the positions of international and Palestinian staff, and advocates the refugees’ rights — including their right of return, as outlined in U.N. Resolution 194.

The agency’s mandate is not funded.

Over time, UNRWA’s main task shifted from creating jobs to providing services. Most notably, it provides primary education to half a million refugee children. However, the agency does not receive the resources it needs to carry out this mandate. Unlike most other specialized U.N. agencies, UNRWA directly provides services to refugees and relies almost entirely on voluntary donations. This results in underfunding and regular financial crises. As far back as 1950, UNRWA’s first director warned the U.N. General Assembly that its inadequate funding structure limited its effectiveness. The agency’s financial problems have only expanded as the Palestinian refugee issue has remained unresolved and the population has grown.

For the past three decades, UNRWA has started every year with a large projected deficit. Last year, the Trump administration defunded the agency, causing UNRWA to lose about one-third of its annual budget and forcing it to make drastic cuts. Until now, UNRWA has raised only a small percentage of the funds it lost. As a result, it has been forced to slash its mental-health budget by 50 percent and cancel a short-term work program in Gaza, where about half of all adults are unemployed. Its education program also hangs in the balance.

This scandal comes amid an uncertain future.

UNRWA’s current mandate is up for renewal at the U.N. General Assembly in November. Even before the ethics report was leaked, the Trump administration and the Israeli government were pushing for it to be permanently closed. UNRWA’s detractors, including the former U.S. ambassador to the United Nations, Nikki Haley, cite the report as another reason to dismantle UNRWA.

Five million registered refugees depend on UNRWA’s humanitarian support. In Gaza, 620,000 refugees rely on food aid. In Lebanon, 55,000 Palestinians receive special hardship assistance from UNRWA. The number is likely to increase now that the Lebanese government has issued employment rulings that severely restrict Palestinians’ right to work in response to the country’s economic woes and pressures from the Syrian refugee crisis. Palestinian refugee children, in particular, rely on UNRWA’s services.

The international community’s obligations toward Palestinian refugees — both humanitarian and political — are rooted in law and will not simply disappear if the agency does. The fallout from the current scandal risks worsening an already precarious situation and hurting the refugees themselves.