Round Table: Widening Access to Quality Education for Syrian Refugees: The Role of Private and NGO Sectors in Lebanon 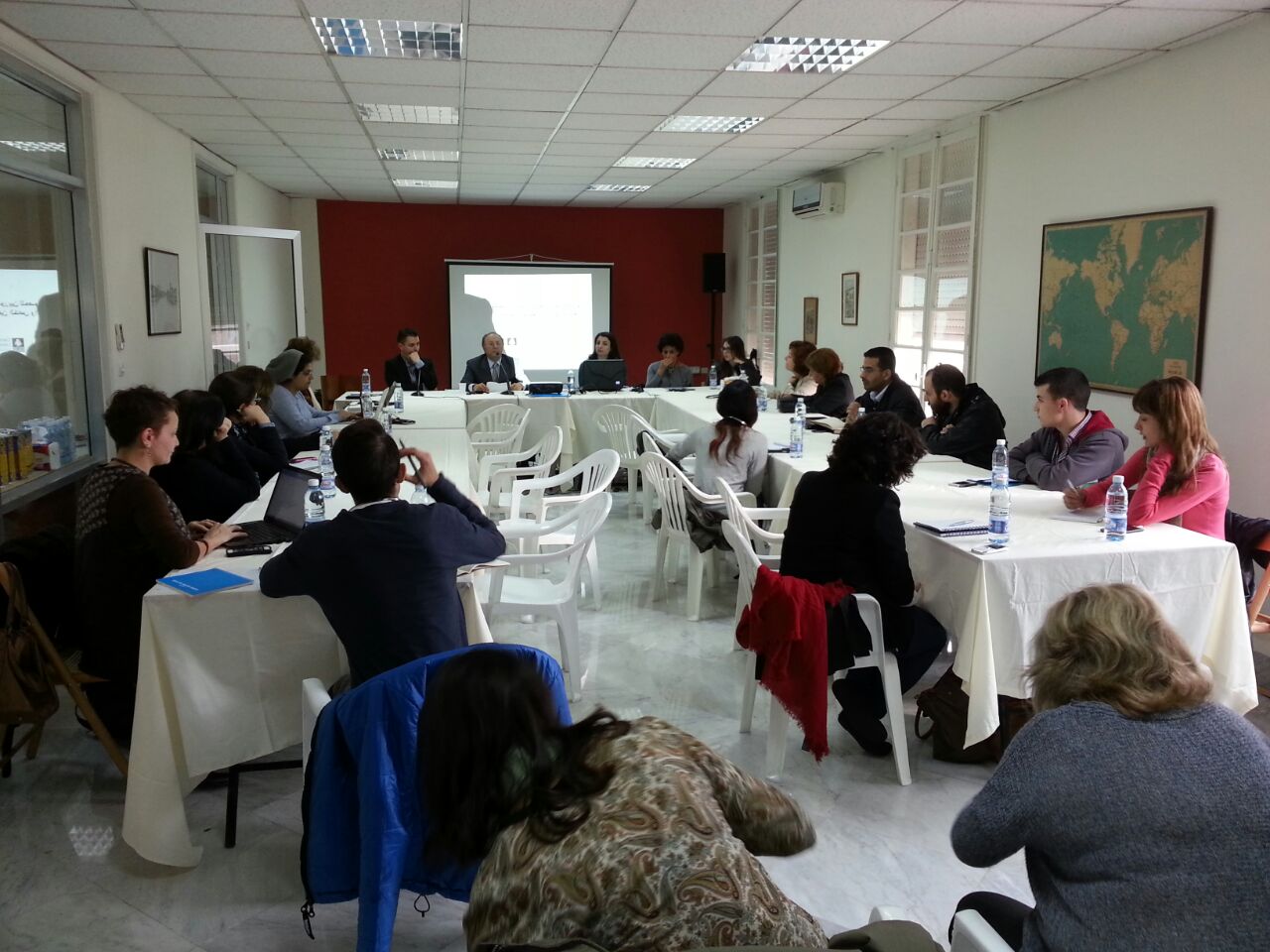 The Centre for Lebanese Studies (CLS) organized a round table on the first of December 2014 to discuss the results of its recent research entitled “Widening Access to Quality Education for Syrian Refugees: The Role of Private and NGO Sectors in Lebanon”. The round table brought together representatives of Lebanese and Syrian schools that provide formal education programs for Syrian children, in addition to Lebanese and Syrian NGOs offering non-formal education programs. Academics and representatives from international organizations also attended the event. The session was opened by the Chairman of the Center for Lebanese Studies, Mr. George Assaily, who welcomed the attendees, stating that the center was established during the Lebanese civil war to conduct studies that can contribute to the reconstruction of Lebanon. The center is currently undertaking research on the situation of Syrian refugees and the various challenges that face this community and ways to address them. The welcoming speech was followed by a presentation by Dr. Maha Shuayb, the director of the Center for Lebanese Studies, on the results a recent study of 13 schools and NGOs that provide formal and non-formal educational programs for students. The study showed that the role of the private sector in responding to the Syrian refugees’ crisis is likely to expand especially if the cooperation with civil society organisations is strengthened. In face of the limited capabilities, tardiness, and changing policies of the public sector influenced by the political changes in the region, the role of the private sector and civil society become more important and crucial especially for older children. The study showed that the educational programs of the private sector and NGOs were more flexible compared to the public sector in terms of attempting to respond to the needs of the students rather than requiring the students to cope with the official curriculum without providing the necessary support for them. Accordingly, the completion and success rates were higher in both the private and NGOs sectors. Mr. Zakaria Sabagh, representing the Tripoli based Al-Iman school, presented the institution’s experience in welcoming and providing education for Syrian students until secondary school. The school has translated the full Lebanese curriculum into Arabic and supports students in enrolling in education even after being out of school for two years. But the major problem facing the institution is the requirements of the Ministry of Education and Higher Education (MEHE) regarding official documents for students who fled to Lebanon two years ago and can not obtain these documents and hence have been unable to register officially in the school. Mr. Zakaria requested that the MEHE modifies its requirements from grade nine and twelve students. Ms. Sally Alwan from SAWA for Syria, a Syrian NGO, spoke about the organization’s experience in opening a school for Syrian children and following the Lebanese curriculum taught by Lebanese and Syrian teachers. Sally indicated that the continuation of the Syrian crisis, forced even the Syrian organizations to think about more sustainable solutions, like adopting the official Lebanese curriculum. She also said that this would not have been possible without the cooperation between NGOs and private schools. Fairuz Salameh from Social Movement presented the experience of the organization in offering education and vocational programs for Lebanese students who had dropped out from school. She noted that, there is no difference between Lebanese students who drop out and Syrian children who are out of school because of the crisis in Syria. She noted that the same way that Lebanese children need special programs to fit their environment and requirements, Syrian children need the same. Salameh also focused on the need not to separate Syrian students from Lebanese, Iraqis and other disadvantaged children. Finally, Mr. Hani Al Jesri representing Jusoor, a Syrian NGO spoke about the organization’s programs which aim to secure a transitional phase that enables Syrian students to pursue formal education. The organization has faced many difficulties in trying to secure places for those students in the public sector. As a result they are currently beginning to work with private schools. The participants discussed the main difficulties faced by the private sector and NGOs, mainly the lack of funding and the weak cooperation with the public sector. A representative of an international organization indicated that the role of the private sector and civil society is largely marginalized in the ministry's RACE plan. He added that the government currently restricts the possibilities of cooperation and funding of formal education programmes to the public sector, which hinders the chances of cooperation between the donors and the private sector. Participants pointed out to the need to coordinate and establish a lobby group to bridge the large gap in the field of education resulting from the inability of the public sector to provide formal education for Syrian children. Fairouz pointed out to the importance of keeping the channels open with the Ministry of Education and raise the level of cooperation.