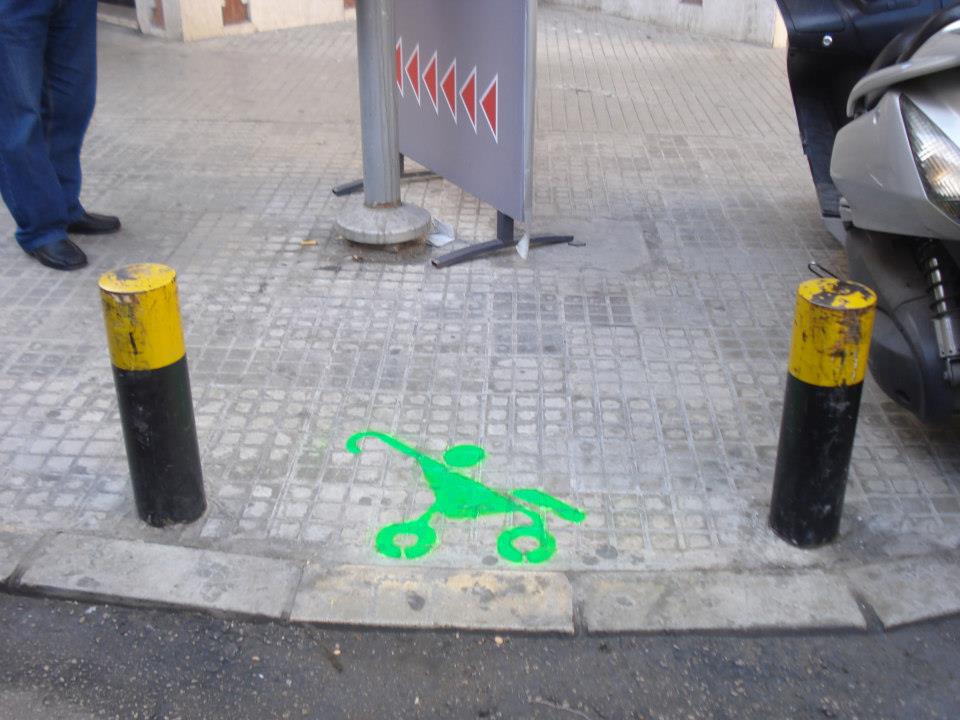 In an attempt to improve access to sidewalks by all the population including wheelchair users and parents with pushchairs, many municipalities including Beirut’s municipality have started the process of equipping pavements with drop-kerbs. However, this development has not been accompanied by awareness campaigns around the purpose of drop-kerbs for the general public. As a result, most of the existing drop-kerbs are blocked by cars, motorcycles, plants pots etc.  The Centre mobilized a group of activists of Lebanese civil society movements to start a raising awareness campaign on the pedestrians’ right to access sidewalks and drop-kerbs. “Access Campaign” raise the issue of all pedestrians’ rights and in particular those with special needs, including wheelchair users, elderly and mothers with strollers and other community groups.

The Campaign will target Beirut, starting with Hamra street. The first activity will be a public event in Hamra where volunteers will spray the wheelchair and pushchair signs on the drop-kerbs and distributed flyers and posters. 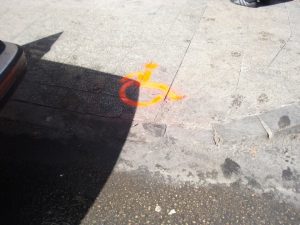 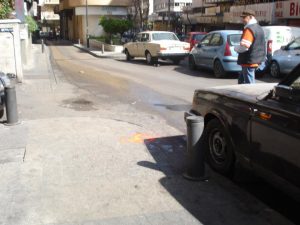