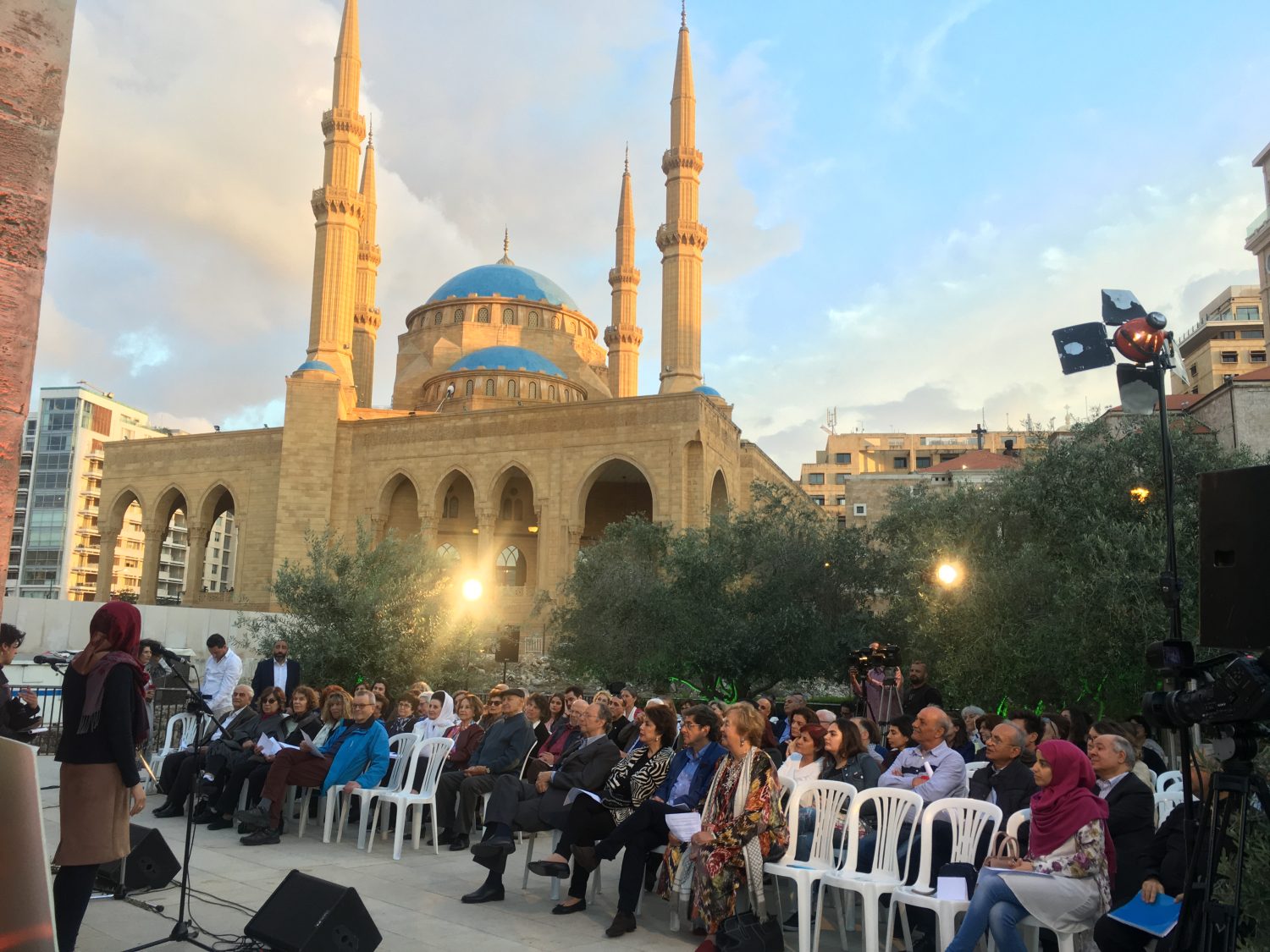 Healing the Wounds of History celebrated the Day of the Annunciation on the 9th of April, 2018. For many years, we have celebrated the Annunciation Day with the “Together around our Lady Mary” in the Garden of the Forgiveness outside the Nourieh Chapel. A Chapel to remind us of the miracles of The Virgin Mary in Lebanon, on the site of the famous shrine destroyed in the Nourieh Souk. As ever, Solidere has offered the support to make this event possible in that place.

The event was introduced by Soula Saad, a film producer, who has previously filmed in the garden of Forgiveness. Alexandra Asseily talked about her experience of “heaven on earth|” after understanding the presence of love through a personal vision with the Virgin Mary.

Songs of Frida and Patrick Abdallah and Salima el Halabi enchanted the audience.  The songs were followed by testimonials from Manal Tayyar and Faten Moustafa from Khobz w Melh Initiative. Joseph Lutfi, Peace activist from 2005 Down Town youth camp, spoke on the importance of listening to the “Other”.

Letter from brother to brother in faith by Father Saloum and Layer Hussein Jaber president of Association of Mary and Peace “why we always need the Virgin Mary”. Assaad Chaftari introduced two former women fighters: Jocelyne Khoury and Samar Hassan, who gave testimonials of civil war.