Celebration of the Feast of the Annunciation in Lebanon

In celebration of the Feast of the Annunciation in Lebanon, the only country in the world to have a joint Christian-Moslem national holiday, a meeting was held by the “Islamic-Christian Meeting around Our Lady Mary” and NGO “Healing the Wounds of History” on Sunday, 26 of March 2017, at The Garden of Forgiveness in Beirut. Over 180 people attended, including several dignitaries: His Excellency Former Minister Tarek Mitri and his wife, Member of Parliament Ghassan Mukhaiber and his wife, former Egyptian Ambassador Hussein Derrar as well as clerics from many denominations, representatives of civil society, musicians, former civil war fighters and young men and women who participated and expressed their visions for a better Lebanon.

The program was introduced by Judge Ghada Aoun, President of the Bekaa Criminal Court and a human rights activist, and the participants were presented by Mirvat Bakkour of Healing the Wounds of History. The first speaker was Mrs Alexandra Asseily, psychotherapist and founder of Healing the Wounds of History, who recounted her personal experience of forgiveness and how the vision of ​​the Garden of Forgiveness emerged in 1997. This was followed by UK guest singer Guy Hayward’s beautiful ancient Christian Marian Chant, which, to everyone’s delight, coincided with the call to prayer from the nearby mosques.

Lawyer Paul Andari, a former Lebanese Forces fighter, and Mr Haidar Amasha, who fought in the Damour attack during the civil war and is a founding member of the Combatants for Peace organization, shared their experiences during and after the war. Mr Amasha spoke movingly about the ravages of war and apologised for his part in it. Then, addressing his former enemy, he pledged to always work peacefully together for the common good, whatever their differences. Mr Andari said that he asked for forgiveness from God and from all people, especially those against whom he had fought, and that he is now willing to sacrifice his life for his old enemies.

After hearing the testimonies of the war generation, today’s generation was represented by participants in the "Khebz w Melh" initiative of the Institute of Middle East Studies, which brings together youth from different faith communities. Miss Manal Tayar introduced Miss Alaa Marei and Miss Jennifer Nasrallah who shared how they overcame the prejudices of their different upbringings and how their deep friendship developed. The audience was moved by their words, their youth and the promise of a new and hopeful generation.

A message which stressed our common humanity by Dr. Jean Abi Ghanem, Director of the American University of Culture and Education, was followed by the song “You are my Brother” performed by Mrs. Amal Tomb, a singer committed to humanitarian issues.

Father Joseph Salloum, from Ghazir, and lawyer Hussein Jaber, president of the Association of the Children of Mary, Queen of Peace in Nabatiyeh, each shared a letter from a brother to his brother from a different faith.

Reverend Nabil Shehadi, coordinator of the Alpha Course in the Levant, and Mr Ali Sherri, senior official of the Al-Mabarrat charity, offered prayers for forgiveness and unity.

The ceremony ended with songs by artist Ranine Chaar, followed by members of the audience symbolically expressing their hopes for forgiveness, by writing messages on copper tags and hanging them on the olive trees in front of the Nourieh Chapel. 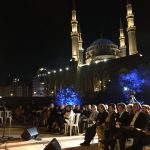 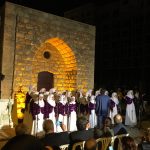 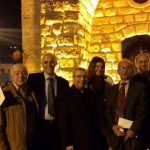 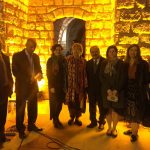 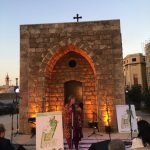 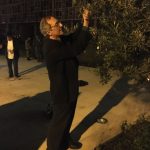 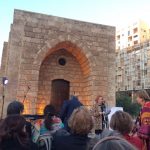 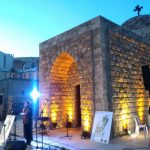