This workshop focused on Lebanon’s contemporary borders/boundaries and their relationship with identity building. It aimed at studying three dimensions that ‘border studies’ used to separate for research purposes. First, the physical aspects of territorial delimitations and their implications in terms of security and perception. Second, the socio-economic aspects of the circulation of actors, be they refugees or tribes, as they reveal how a groups perform their own definition in bridging, crossing, overcoming check-points, thresolds or categories. Third, the building of groups and the fluctuations of their contours as a mean to understand their historical trajectories and systems of representations. These intertwined approaches can produce theoretical inputs, highlighting mecanism that trigger bordering processes among groups, through acts, language, defined norms or border delineation process. They also provide with a larger interdisciplinary understanding of borders and boundaries as they seem to be intrinsecally related to group identities, the latter being defined by the first ones and in the mean time exercing an influence on the perception of borders/boundaries as closed limits or as transition spaces.

P George Asseily (Chairman of CLS Board) and
Michael Willis (Director of MEC).

George Asseily (Chairman of CLS Board)

« Crossing the borders: an ethnography of “transactions”. The Case of Palestinian Refugees in the North of Lebanon »

« The southern border: drawing the line in shifting (political) sands »

« 'Ala al-­hudud: Liminality, space and borders in the ideology of the Lebanese Left » 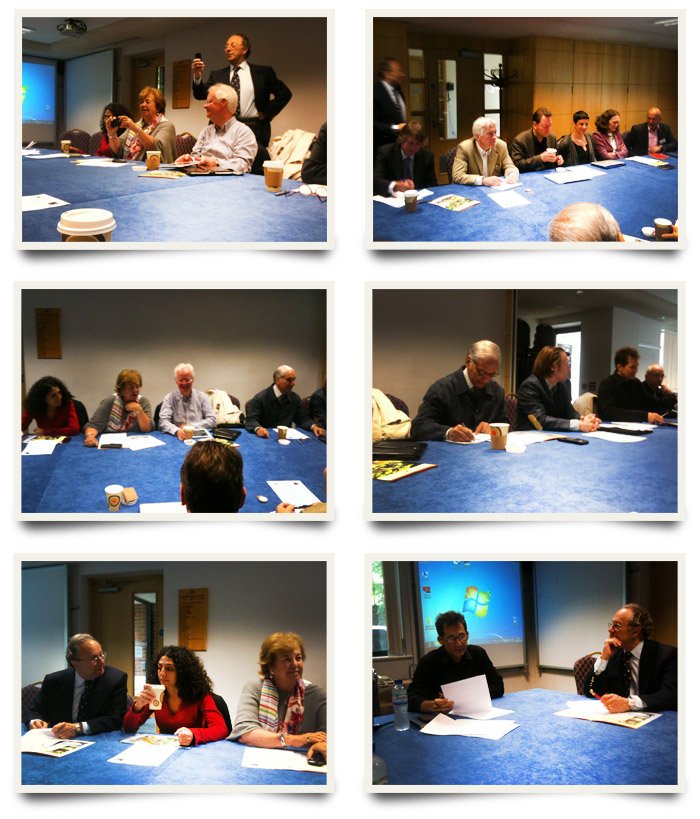