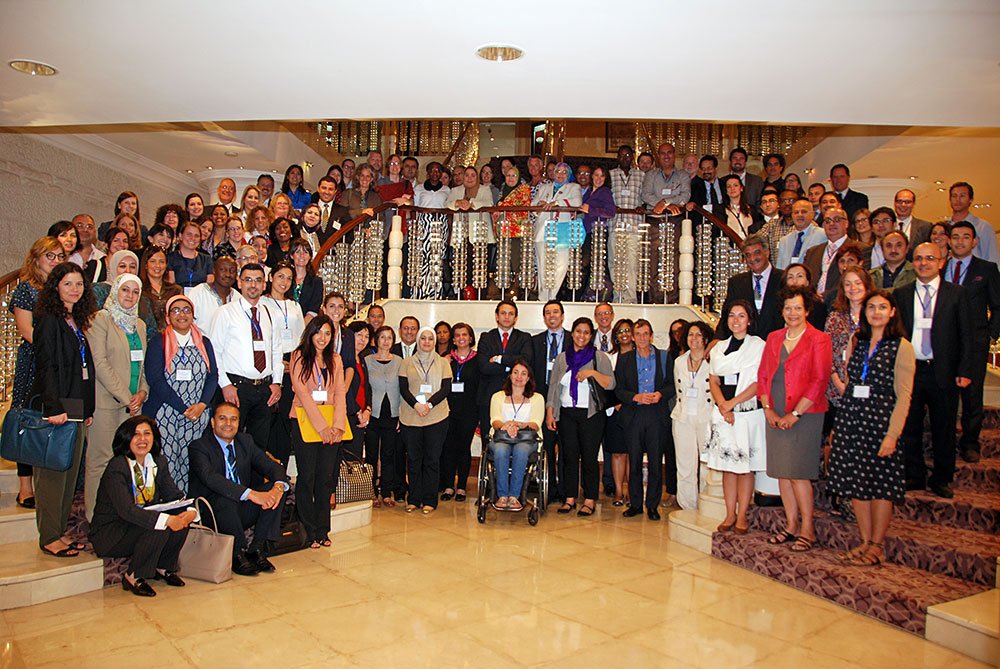 Amman, June 25 2014: Innovative ways of meeting the rising educational needs of Syrian refugee children were at the centre of a three day Conference in Amman last week, organized by the Centre for Lebanese Studies (CLS), UNICEF, UNHCR and UNESCO.

The Conference brought together education specialists and government officials from Syria, Lebanon, Jordan, Turkey, Iraq and Egypt with representatives of donor countries, UN agencies, NGOs, civil society organizations and the private sector to deal with education as a key sector being affected by the Syria crisis. The crisis is now well into its fourth year, and is having a profound impact on Syrian and vulnerable children in host communities.
Despite impressive efforts to provide classrooms, teachers and school materials for an estimated 450,000 child refugees, huge gaps remain. As of April 2014, out of more than 911,000 school-age children in the five main countries hosting Syrian refugees, 53 per cent are still not in school.
Public school systems face huge challenges: overcrowded classrooms, a lack of trained teachers, a language of instruction that may not be the children’s own, variations in curricula and weak remedial education. These issues, combined with the stress and trauma many Syrian children are living with, make it hard for them – and those from local communities -- to learn effectively.
The Conference explored different ways of increasing the number of children in school, improving quality, as well as solutions to other key issues relating to the curricula offered to Syrian pupils, and the certification they receive afterwards. Current policies and programmes in place around the region were examined in order to better respond to the growing needs as the conflict drags on.
Addressing the Conference, UNESCO Jordan Representative, Costanza Farina, said that although host governments were struggling to provide basic services to refugees as well as their own most vulnerable populations, education had to be part of the humanitarian response.
“Education can save and sustain lives… It has the power to restore routine and to give people hope for the future,” she argued.
UNICEF Regional Director for the Middle East and North Africa, Maria Calivis, said it was vital that the education provided was of good quality.
“It is only quality education that will allow children to develop as young people with the potential to bring positive change to their communities, and for Syrian children, to contribute to rebuilding their country”, Ms Calivis said.
In his speech, Francois Reybet-Degat, Deputy Director of the UNHCR Bureau for the Middle East and North Africa, quoted the despairing words of Nadia, a 14 year old Syrian girl living in Irbid, Jordan, who said: "Our lives are destroyed. We're not being educated, and without education there is nothing. We’re heading towards destruction.”
Nadia’s words, said Mr Reybet-Degat, highlighted the emotional and mental consequences of forced displacement, and showed how the education response must also cover children’s need for protecti5on from harm.
Speaking for the Conference’s fourth co-organizer, the Centre for Lebanese Studies, Maha Shuayb, Director of the Centre, stressed that many of the challenges refugee children were facing -- access, quality, and language – were the same ones vulnerable children in the region had long suffered from.
“For long our children have been struggling to fit into education systems that have limited flexibility,” Ms Shuayb said. While the Syria crisis posed great challenges, it also offered “an unprecedented opportunity to re-structure our education systems to promote equity and equality”.
Country delegations worked together during the Conference to highlight policies and programmes for scaling up access and quality of education for the Syrian refugees and vulnerable host communities which they will follow up on upon return. The recommendations included a call for increased human and financial resources in order to scale up educational access, sustain greater community participation, and strengthen monitoring and evaluation systems.
Share this post
Share on FacebookShare on Facebook TweetShare on Twitter Share on WhatsAppShare on WhatsApp Share on LinkedInShare on LinkedIn
Go to Top