Promising Partnership Models for Education in Emergencies: A Global-Local Analysis 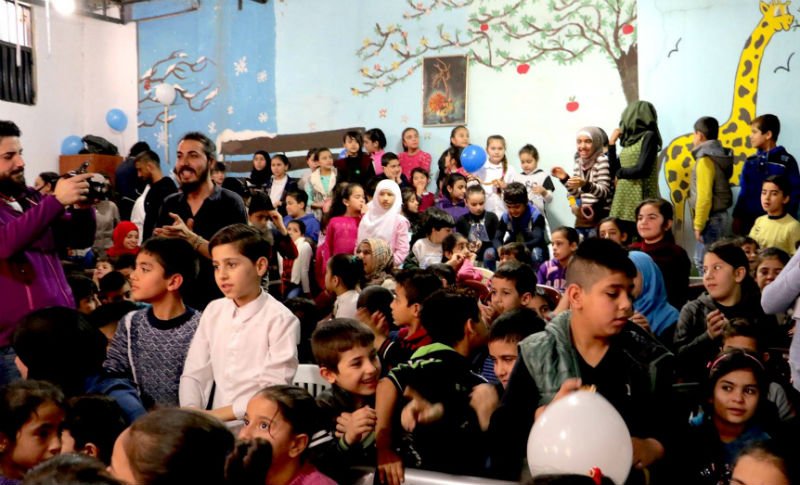 LAU’s Centre for Lebanese Studies (CLS) and the University of Massachusetts Boston’s Institute for International and Comparative Education (IICE) have been jointly awarded a $461,981 grant from the Dubai Cares Evidence for Education in Emergencies (E-Cubed) Research Envelope.

The title of the project is Promising Partnership Models for Education in Emergencies: A Global-Local Analysis. It aims to understand the roles played by private actors in Syrian refugee education, in partnership with each other and with public institutions at the global, national and more localized level of educational programming.

CLS and IICE’s proposal was one of four selected for funding by Dubai Cares out of 86 that were submitted following a call by the United Nations General Assembly late in 2017.

“We were among the first to conduct research on the educational response to the Syrian refugee crisis,” said CLS Director Maha Shuayb. Indeed, just a couple of years into the crisis, which started not long after Syria’s civil war broke out in 2011, Shuayb and fellow researchers published a report on the measures taken by key stakeholders to respond to rising numbers of refugee children in need of an education. Her efforts did not stop there, and culminated in a large-scale workshop held at LAU last August that helped teachers of disadvantaged Lebanese and refugees grow their professional capacity.

Shuayb will be one of three principal investigators into this study, alongside Zeena Zakharia and Francine Menashy, both from the University of Massachusetts Boston. “We have a rich profile on this topic, so this must have played a big role in us winning the grant,” Shuayb explained.

One of the key objectives is to develop a set of guiding principles for partnerships that can be applied widely in education emergencies. “Our hope is that clearly articulated mechanisms for, and shared understandings of, coordination and community participation in different locales will have a positive impact on how partnerships are experienced by refugee and host communities, with measurable impact on students’ lives,” added Zakharia.

The extended significance of winning this grant is in bringing LAU one step closer to achieving its strategic plan in “producing an increased quantity and quality of research, the cutting-edge innovation of its delivery strategies and its collective drive toward expanding its academic and professional footprint beyond Lebanon.”