6 years after the London Syria conference: Was it a gamble to invest in the crumbling Lebanese public school system? 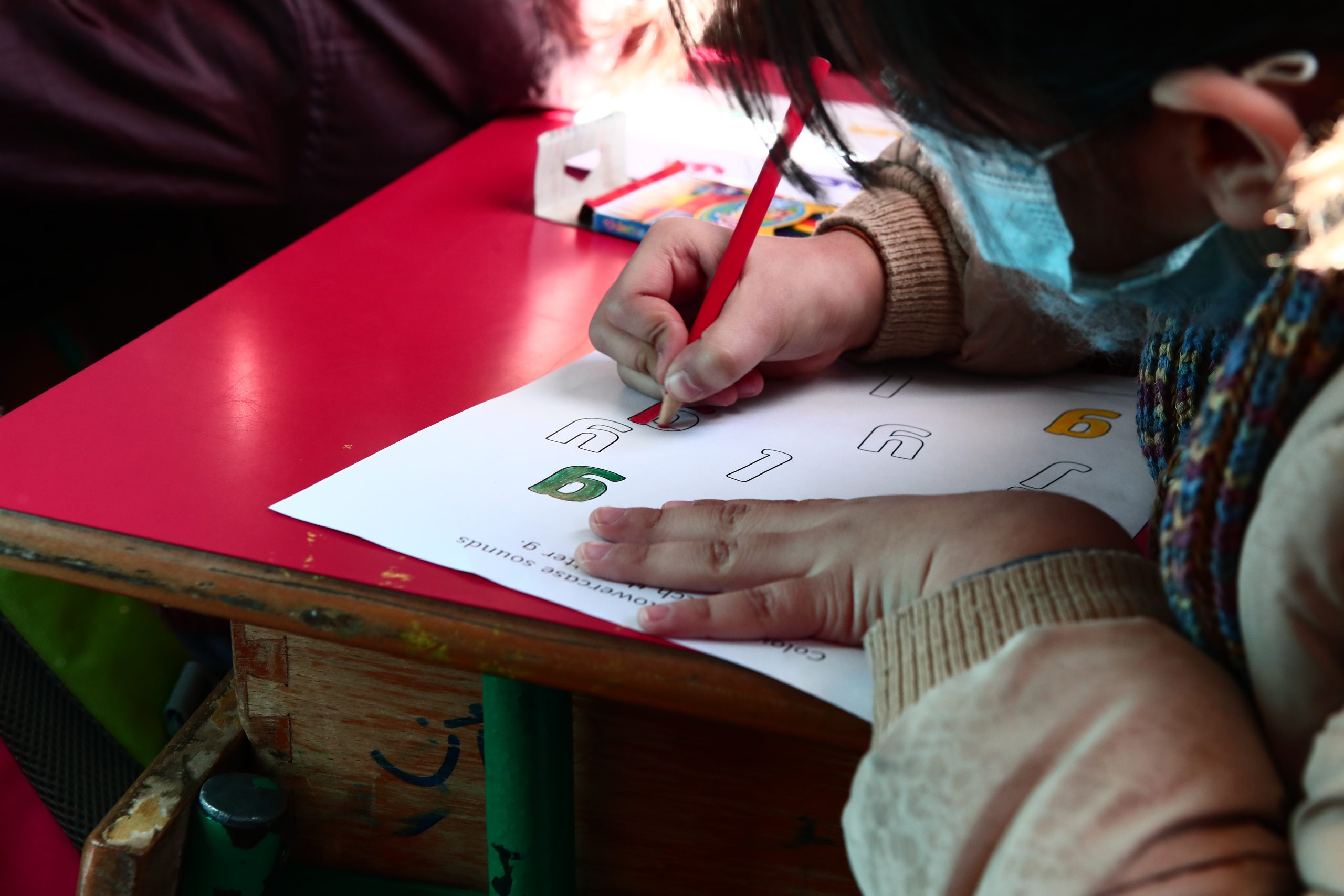 Today, the 4th of February 2022, marks the 6th anniversary of the ‘Supporting Syria and the Region’ donor meeting. This was the conference where global leaders and the humanitarian community met in London and pledged  $6bn for 2016 and a further 6.1bn for 2017 in support for millions of Syrians and the region affected by the conflict in Syria. Donors committed to provide $1.4 billion in funding for education inside Syria and in neighboring countries. As part of the commitment they aimed “that by the end of the 2016/17 school year, 1.7 million children – all Syrian refugee children and vulnerable children in host communities – will be in quality education with equal access for girls and boys”[2]

The London conference put Lebanon’s annual education needs at $350 million, yet the United Nations reported that, in 2016, Lebanon received only $253 million for education under a UN-coordinated aid plan. Since then, humanitarian funding to Lebanon has fallen at each annual Brussels conference aimed at funding Syria response crisis, from $1.3 billion in 2017 to $944 million in 2020. As of August 2020, Lebanon has received total grant contributions of US$1.3 billion, made up of US$944 million in grants for 2020 and US$317 million for grants for 2021 and beyond.[3]

A quick glimpse at some of the educational outcomes of the Syrian refugee crisis reveals that more than half of the school aged children (3 to 18 years old) are out of school (UNHCR 2021).  The most up to date statistics from the Ministry of Education and Higher Education (MEHE) –from 2019, before the pandemic - shows that 60% of Syrian refugees were enrolled in  primary education while 4% are in secondary, indicating a large dropout rate.

Lebanon’s economic crisis and the pandemic deeply affected schooling of refugee- and Lebanese children further. The economic crisis – likely to be one of the top three most severe crises globally since the mid-nineteenth century[4] – has had a direct impact on education, with 45 to 55% of refugee children out of school, and an identified 30,000 students dropping out of school in the past academic year without re-registering for the 2020-2021 year[5]. According to research by the Centre for Lebanese Studies[6], during the COVID-19 lockdown, 43% and 30% respectively of refugee students enrolled in the afternoon and morning shifts dropped out.

Rather than improving access to quality schooling since the London donor meeting, access and quality of schooling have dramatically deteriorated. The international community failed Syrian refugee learners/students as well as vulnerable Lebanese communities. The pledges were not realistic and the funding never made it. The motto of No Lost Generation has proved to be a fallacy.

For people working in this field since the beginning of the crisis, the above results are not surprising. Reading these results, Maha (first author of this piece) cannot but remember the two interviews she had with UNHCR and UNICEF education specialists in 2015:  when she asked them about the children who will not make it into education as part of RACE I and II and said “but you know the longer children are out of school, the harder it is to get them back, so why limit access to school to the public sector, why not give refugees a choice?”.  The UNHCR office shook her shoulders, agreeing and saying that this was the only feasible option. The Lebanese government knew it had a strong winning card when negotiating with donor governments. If the Lebanese government refuses to host refugees, Europe would risk a new wave of refugees at its doorstep which, considering the widening xenophobia in the global north, might prove to be too costly at any given election for many ruling parties.

The plan was doomed from the beginning and the future of hundreds of thousands of Syrian refugees had already been compromised in these deals. The chances of any educational system to increase its capacity threefold in a period of 5 years were very low, let alone in a public educational system suffering from long-term structural problems including sectarianism, corruption, and political nepotism. Many of us who have tried to be involved with reform attempts at the Ministry of Education and Higher Education know too well how challenging it is. Since 1997, Lebanon already had two failed education reform plans where hundreds of millions of grants and loans have been wasted without producing results for the most deprived Lebanese[7]. Strengthening the host system in a protracted crisis is certainly a wise measure, but perhaps the Lebanese political system was such a high gamble. The price tag for this lost gamble was the future of thousands of Syrian refugees.

We must learn from this story. The first lesson we learn is that the attitude of supporting host governments should not outweigh the need to respect refugees rights . The conditionalities set by the international community towards the host government were unclear nor enforced.

Second, in countries suffering from entrenched pandemic corruption, there is a need for greater accountability measures for a system like the Lebanese, known for corruption including in the field of education.

A  third important lesson is that putting all the eggs in one basket and only investing in one, already very weak,  system is a failed strategy. By not giving choice to refugees to pursue different forms and avenues for education and schooling, there was also less pressure on the Lebanese government to deliver on the plans and promises to improve the system.

A fourth learnt lesson is that prioritising accredited formal schooling at the expense of access to any type of education including non-formal or vocational and technical education, meant that over half of the Syrian refugees did not have a chance to have a place in an accredited formal or non-formal education. To make things worse, the vast majority of those who managed to get a place in a formal accredited school ended up dropping out before grade 9. In a system that denies basic rights to employment and mobility and fails to offer access to quality schooling for everyone, certified education becomes a secondary issue.  Connected to this is a fifth lesson which is related to the legal status that the Lebanese government offers to Syrian refugees. In a system where refugees above the age of 15 cannot even attend school or work without a costly residency and work permit and are denied access to participate in any levels of the society, we wonder if refugees should be schooled in the national system?

Investing in the host state makes a lot of sense, however, the conditions of this investment and the implications of these conditions on refugees have yet to be defined. For the hundreds of thousands of Syrian children that are losing out on education and a future, the London conference continues to symbolise a broken promise.

[1]We thank Dr Mai Abu Moghli for her valuable feedback  and  Mohammad Hammoud for his help in gathering the various statistics needed for the article.

[6] Hammoud, M., & Shuayb, M. (2021). The Impact of COVID-19 Lockdown on Access and Quality of Education: Reflections from Students and Teachers in Lebanon. Centre for Lebanese Studies. https://lebanesestudies.com/the-impact-of-covid-19-lockdown-on-access-qualityof-education-reflections-from-students-teachers-in-lebanon/