A House of Many Mansions: The History of Lebanon Reconsidered 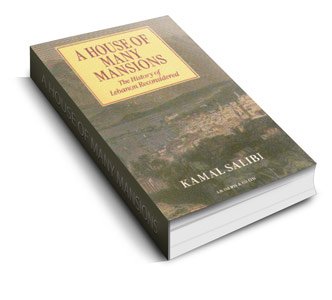 Today [1981] Lebanon is one of the world’s most divided countries – if it remains a country at all. But paradoxically the faction-ridden Lebanese, both Christians and Muslims, have never shown a keener consciousness of common identity. How can this be? In this outstanding book a famous Lebanese historian examines in the light of modern scholarship the historical myths on which his country’s warring communities have based their conflicting visions of the Lebanese nation.

The Lebanese have always lacked a common vision of their past. From the beginning Muslims and Christians have disagreed fundamentally over their country’s historical legitimacy. Both groups have used nationalist ideas in a destructive game which at a deeper level involves archaic loyalties and tribal rivalries. But Lebanon cannot afford these conflicting visions if it is to develop and maintain a sense of political community. Instead it is necessary to distinguish fact from fiction and build on what is real in their common experience.

In the course of his extremely lively exposition, Salibi offers a major reinterpretation of Lebanese history, and provides remarkable insights into the dynamic of Lebanon’s recent conflict. He also gives a masterly account of how the imagined communities which underlie modern nationalism are created.