State and Society in Lebanon 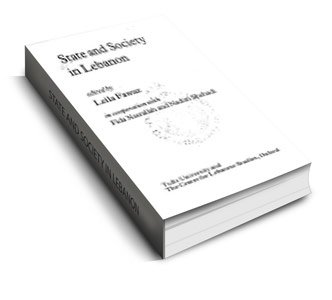 For centuries Lebanon’s equilibrium rested on a delicate balance between its communities and its leaders, protected by the ability of Lebanon’s supreme authority to stand above them all. Invariably, war broke out whenever some social, economic, or political event upset this delicate balance and disrupted the equilibrium.

Invariably, too, regional disunity both precipitated and fuelled conflict, for although it is true that the loss of equilibrium among the sects and their institutions created the climate for social and political conflict, the impingement of external conflict on internal weaknesses intensifies it. Regional involvement, regional tensions, and unresolved conflicts can account for the duration, the scale and the scope of all wars in Lebanon, but of none more than the current one.

Despite the differences of opinion among the Lebanese and the experts on Lebanon as to how much weight to give to each of the diverse and conflicting local, regional, and international factors involved in the war in Lebanon, there is no question in anyone’s mind that the war will undoubtedly leave terrible scars on the land and its people.

This book includes a selection of the papers presented at the conference on Rebuilding State and Society in Lebanon held in Cambridge, Massachusettsin 1988. It analyses ways in which the conflict can be resolved and, having achieved that, how then to reconstruct the country.