The Breakdown of the State in Lebanon 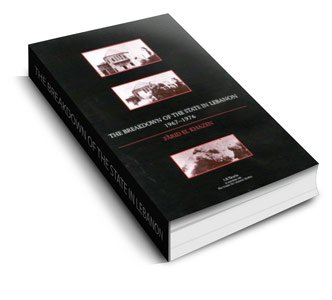 Why did the Lebanese State break down between 1967 and 1976? In this brilliantly argued study, packed with important new material on the politics of these years, El-Khazen rejects the standard explanations – that the breakdown was due to the divisive forces inherent in Lebanon’s confessional political system, or to an unequal distribution of power and increasing socio-economic inequalities, or to government inefficiency, nepotism, and corruption. Instead, he argues, the causes must be sought in the vulnerability of an open and democratic state faced with contentious situations directly linked to issues that constitute the core of official state ideology in a regional system composed of authoritarian states. The key questions hinge on the relationship between state and civil society: which has supremacy over the other and how does the relationship affect regime stability in crisis situations?