The Lebanese in the World: A Century of Emigration 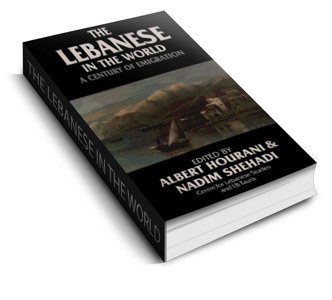 Author: Albert Hourani and Nadim Shehadi
Publisher: The Centre for Lebanese Studies and I B Tauris & Co Ltd, Oxford and London
E-book ISBN: 1 85043 303 8

For more than a century, people have been emigrating from countries of the Mediterranean basin – Spain, Italy, Sicily, Greece and parts of the Near East – to the New World of America and Australasia. This emigration has formed an important part of the international movement of population which is one of the features of the modern world.

This book is concerned with one specific movement, that of emigrants from Lebanon who have established communities in North and South America, the Caribbean, Australia, and West Africa, and more recently in the Gulf and other parts of the Middle East.

The book is a collection of essays based on papers delivered at a conference on Lebanese Emigration organised by the Centre for Lebanese Studies in Oxford. The chapters are written by historians, economists, sociologists and political scientists, coming from various backgrounds and disciplines. They attempt to evaluate the impact of the emigrants from Lebanon on the host societies, the process of integration, their economic, political and cultural significance, as well as their home country and their contribution to its development.

The book also touches on the more recent emigration during the recent war in Lebanon, one of the pressing problems facing the country at present. Issues discussed include the effect of the war on the established immigrant communities.

This is perhaps the first comprehensive attempt to make a comparative study of the life of an immigrant community of common origin in different continents and cultures.