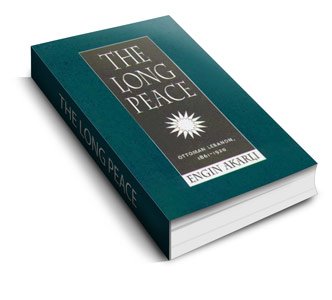 Although since the earliest nineteenth century Lebanon has been one of the most turbulent areas of the world, the period of sixty years between the civil war of 1860 and the beginning of the French Mandate in 1920, saw a long peace. Engin Akarli’s book looks at these crucial years and at the socio-political changes that resulted from the shifting alliances that characterized the period.

Using previously unexamined Turkish, Arabic and French documentation in Ottoman archives, Akarli describes the ways in which non-violent means of conflict resolution encouraged the creation of a governmental system that set Ottoman Lebanon apart from its neighbours in the years after 1860. He challenges the prevailing view that attributes modernization in government to Western initiative while blaming reactionary local forces. Instead, he argues that indigenous Lebanese experience in self-rule as well as reconciliation among different religious groups after 1860 laid the foundation for secular democracy. European, and in particular French, intervention in Lebanese politics, however, hampered efforts to develop a correspondingly secular notion of Lebanese nationality.

This revisionist interpretation of Lebanese history suggests that participation in the state-building process brings together divergent social groups and helps generate a common political identity. When any one segment of society claims moral superiority over political institutions and custodianship of the national identity, Akarli argues, the nation becomes vulnerable to internal strife and external intervention – as happened in Lebanon in the years after 1920.

These issues have clear relevance for our own times, and for areas beyond Lebanon, Cyprus, Northern Ireland, the former Yugoslavia and the states that made up the Soviet Union, have become vulnerable to problems similar to those that have plagued modern Lebanon. At a time of growing ethnic and religious strife throughout much of Eastern Europe and the Middle East, the Lebanese example takes on particular significance.

‘One of the best studies of nineteenth-century Lebanon.’ Leila Fawaz, Tufts University.