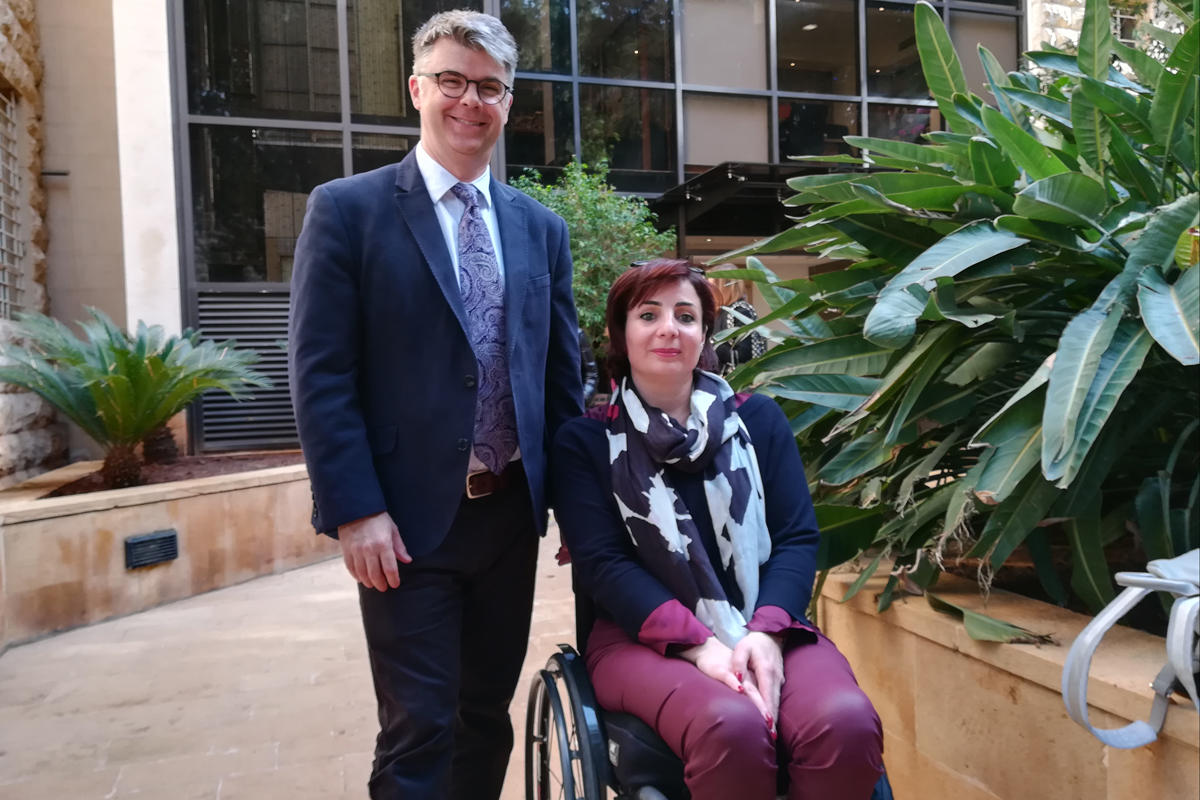 Back in 1648, a series of peace treaties ended an era of wars in Europe – which historians came to identify as the beginning of the modern system of sovereign states. However, a result of the foundation of those states, argues Carleton University Associate Professor of Political Science James Milner, were the very first refugees – people forced to leave their countries because of war or persecution. Today, refugees continue to be “a by-product of the fact that we live in a world that is made up of states.”

And until the day comes where humans achieve global peace and prosperity, Dr. Milner says, the world needs to be equipped with the tools to understand and respond to its various refugee crises.

In pursuit of those tools, four prominent Canadian universities – Carleton University, University of Ottawa, McGill and York University – partnered with Oxfam and Care Canada to initiate the plan for a project, the Local Engagement Refugee Research Network (LERRN), which secured seven-year funding by the Social Sciences and Humanities Research Council of Canada in 2018 amounting to $2.5 million.

What makes this research particularly distinctive is that partners include scholars closest to the crises. As Dr. Milner explains, 85 percent of refugees in the world are hosted in countries that neighbor refugee-producing states in the “Global South.” In contrast, the vast majority of research on refugees comes from Canada, the US, Europe and Australia – the “Global North.”

“The idea is to have working groups in four major refugee-hosting countries: Lebanon, Jordan, Kenya and Tanzania,” he said, adding that the goal of the research is three-fold: to collaborate with existing universities and civil society groups that are conducting research, to identify refugees’ needs and priorities, and to amplify their research to reach a global audience.

In Lebanon, work on refugee issues from the Centre for Lebanese Studies (CLS) at LAU stood out, and contact was established with Director Maha Shuayb. “Our aim is to branch out of the humanitarian relief model and evolve into development work,” said Dr. Shuayb, whose experience on refugee issues spans several years, with the most recent projects including access to education and education in emergencies. Currently, she is also working on a research grant with the International Development Research Center called RELIEF, which she hopes to combine with LERRN.

On the partnership with LERRN, Dr. Shuayb hopes to provide LAU and its graduate students with opportunities not just to work with international researchers, but to also learn from those who have had a longer history dealing with refugee issues. “As we can already tell, in countries like Kenya and Tanzania, the discourse on development is well departed from ours, and we have much to explore.”

As she explains, the timeline of this project will begin with identifying areas of priority, which will inform a summer course for graduate students and civil society actors from the four countries – including a handful of graduate students from LAU who are currently majoring in relevant topics.

The first course will take place this summer in Kenya, with a plan to rotate among the three other refugee-hosting countries over the duration of the grant – including potentially Lebanon.

This month, Dr. Milner came to Lebanon to work closely with Dr. Shuayb and local organizations working directly on refugee issues in Lebanon. His visit featured a meeting with LAU Provost Dr. George E. Nasr, who expressed the university’s full blessing of the project and his openness to help “by any means possible, in order to ensure the success of this collaborative academic and research venture.”

Other local and international organizations are involved, as well as an advisory committee that includes Global Affairs Canada. This Canadian government body will, as Dr. Milner hopes, be able to “create the opportunity for us to get the results of our work into conversation with those who can most use it,” he said, referencing global events that will enable researchers to present the information to an international audience.

For this purpose, Drs. Shuayb and Milner visited the Canadian Ambassador to Lebanon Emmanuelle Lamoureux and filled her in on the project. In a commentary, she expressed her support: “The development and implementation of evidence-based policies that are in conformity with international law and provide adequate protection to refugees, while addressing the legitimate concerns of host communities, are an essential part of that response.”

On the plan forward, Dr. Milner describes the partnership with Dr. Shuayb and LAU as “exceptional” and hopes that the collaboration between the different partners will serve as “a skeleton for more opportunities to emerge organically from this mutually beneficial relationship.”