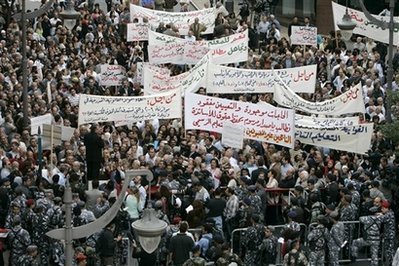 The 2013 labour movement displayed several unique features that distinguished it from previous union strikes which were worth studying. One of the main questions this project explored is the issue of linking the strikers demands to fighting corruption and political reform breaking the status quo of March 8 and 14. This project focused more specifically on the role of UCC in education reform in the Lebanon. Whilst the strike was popular with most Lebanese, some questioned the entitlement of teachers to ask for better pay especially when the quality of education in public schools has been continuously dropping.