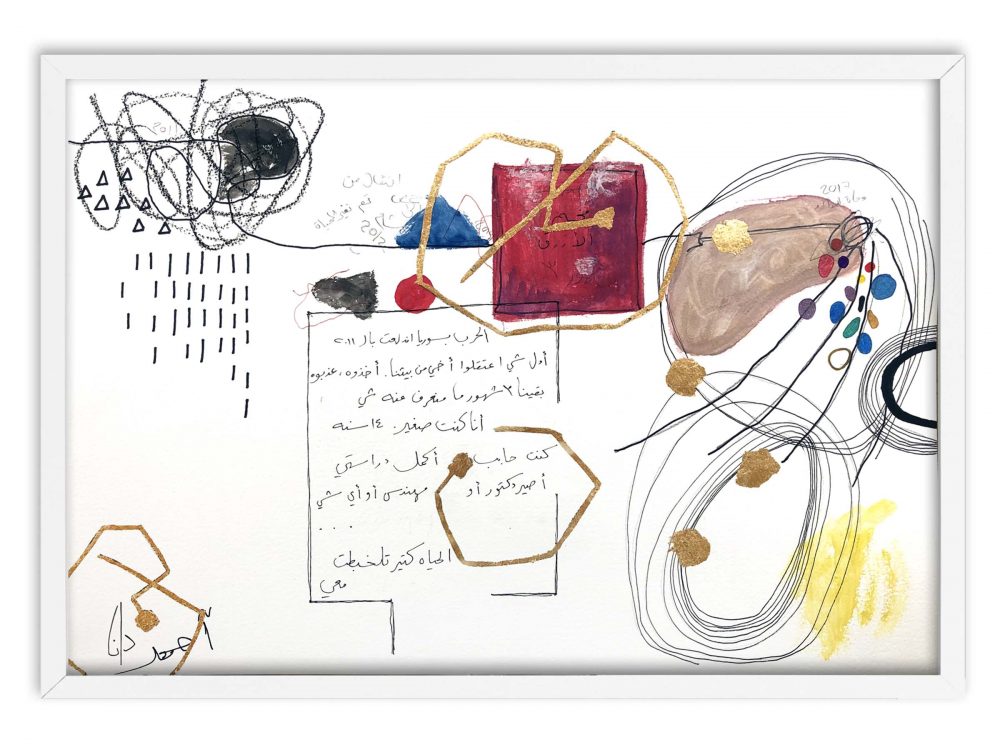 "In 2017, my father passed away, and then my life changed completely, and I became the family's bread winner"

I wanted to continue my studies and be a doctor or an engineer, but circumstances did not allow me.

When the events in Syria began in 2011, they arrested my brother, took him, and tortured him, and we knew nothing about him for three months.

When we finally learned of his whereabouts, we visited him twice, and when the bombing started in our area, we headed to Al-Sham in 2012. I was 13 years old. We went to Deir Ezzor and then came here, to Jordan.

I lived in the blue camp for three months. In 2017, my father passed away, and then my life changed completely, and I became the family's breadwinner. In 2018 things improved a little after my brother started working to help me. We worked together, and I saved some money. In 2019 I got married, now things are good.

The red color represents the situation in the camp that was not good. My sister still lives there, and the conditions are still bad. They have water, but they struggle to bring it; it also takes two hours to reach the market.

Blue represents the sense of safety and happiness we felt when we got out of Syria, but my brother was imprisoned there for seven years.