What Options Do Young Refugees Have? 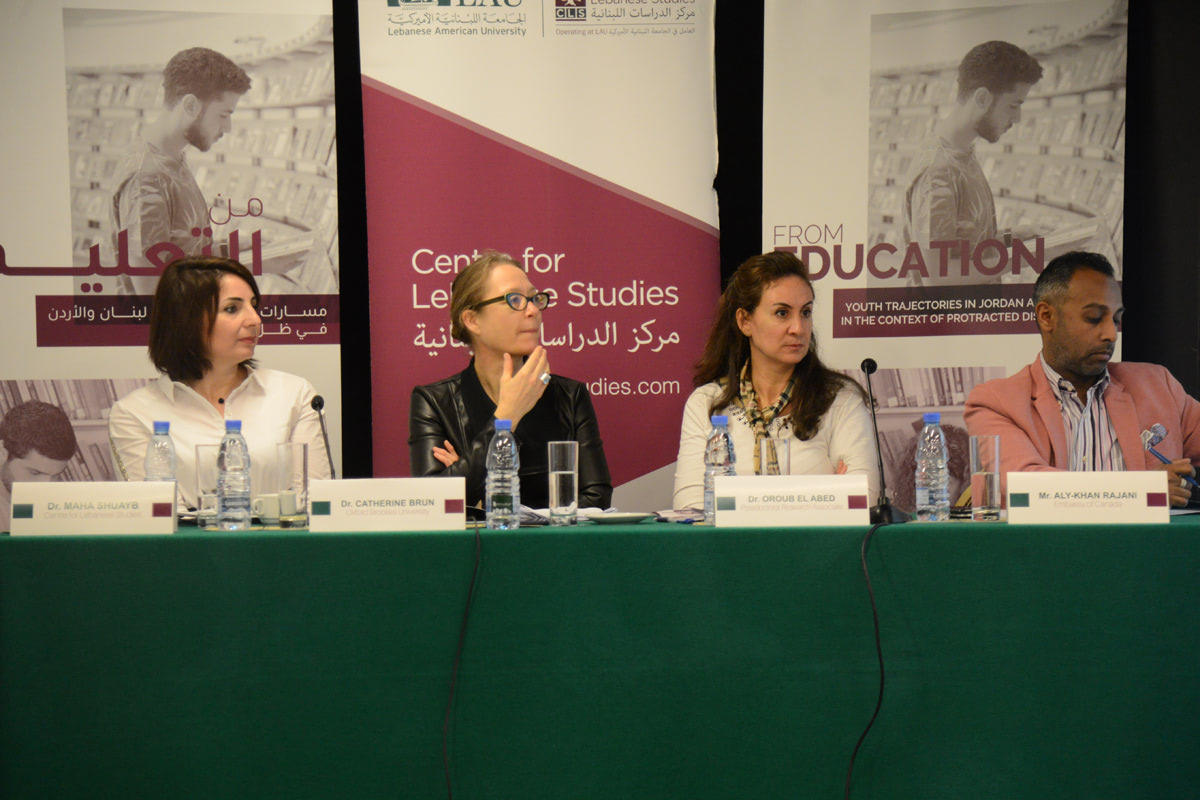 CLS launches an interdisciplinary study on refugee education and employment, and the links between the two.

The Centre for Lebanese Studies (CLS) at LAU is not new to bringing the plight of refugee and underprivileged populations to the forefront of academic research in hope of understanding and producing more educated strategies for addressing the crisis.

Most recently, CLS formally launched a research endeavor called From Education to Employment, which looks at youth trajectories in Jordan and Lebanon in the context of protracted displacement. The program was awarded a grant of £1.4 million by the International Development Research Centre (IDRC) in Canada and the Economic and Social Research Council (ESRC), and will be carried out in partnership with the Centre for Development and Emergency Practice (CENDEP) at Oxford Brookes University in the UK, as well as two local Lebanese non-governmental organizations: Al Jana and Blue Mission.

CLS Director Maha Shuayb explained that research has long focused on refugee education, while the relationship between education and employment prospects is understudied. “This is in part due to humanitarian logic that focuses on short-term relief rather than development,” she said, adding that restricted access to employment due to legal status often shapes the educational path that refugees choose.

The research program will collect and formulate qualitative narratives of Syrian, Palestinian, Lebanese and Jordanian youth between the ages of 15 and 29. “We will look at a diverse pool of people: from the level of education completion to the type of education and the nature of their employment, if any,” said Dr. Shuayb, adding that there will be allocated research teams working throughout Lebanon and the Jordanian capital for the duration of the program.

The research program will also have a quantitative leg, which will be led by LAU’s own Associate Professors of Economics Drs. Ali Fakih and Walid Marrouch.

LAU Assistant Provost Rula Diab welcomed an audience of civil society professionals, academics, faculty and students to the launch event on behalf of Provost George E. Nasr. Referencing LAU’s mission and values, she spoke about “the university’s promotion of students’ social connectedness to Lebanon and encouraging their commitment to social justice and democracy.”

Speaking about the project, Dr. Diab said that “it comes at an opportune time to provide much-needed data that will not only add to knowledge and research, but inform practice and guide Lebanese policymakers, in addition to providing benefits to the stakeholders – the youth themselves who will be involved.”

Counsellor and Head of Cooperation at the Canadian Embassy in Beirut Aly-Khan Rajani agreed, noting how the program covers vulnerable Lebanese communities as well as refugee populations, given that the “last thing we want to do is increase instability or create more social tensions.” He concluded with a reassurance of the Canadian government’s support for women’s empowerment as well as economic growth in the country, “as it has and continues to be the key to stability.”

Oxford Brookes Professor and CENDEP Director Cathrine Brun built on Rajani’s point on economic stability. She pointed out how the job market, and the very act of securing employment, have become uncertain for everyone in general – regardless of legal and social limitations.

“Education for refugees is embedded in temporality,” said Dr. Brun, adding that they have no linear trajectories, as they can move in and out of employment and education sporadically. She raised questions on the clash between the “temporality of the humanitarian system” and how education, at its essence, is built for the long term.

In turn, Dr. Oroub El-Abed, a post-doctoral research associate at the British Academy-Council for British Research in the Levant, gave an in-depth overview of Amman’s history of hosting refugees. Calling the Jordanian capital “an amalgam of waves of refugee populations,” she revealed how recently, between 2007 and 2015, its population has almost doubled.

Touching on Dr. Brun’s point on the humanitarian system’s temporality, Dr. El-Abed gave an example of the Palestinians who arrived in Amman in the 1960s, and who continue to live “in limbo.”

The research partners hope that by learning more about refugee education and employment, authorities can help these vulnerable populations thrive.