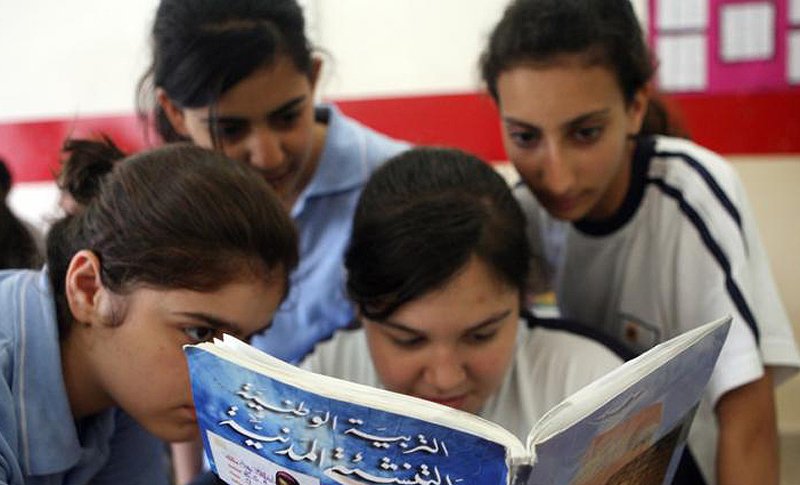 The Centre for Lebanese Studies at LAU receives the prestigious Lyle Spencer research grant to conduct a study into refugee education.

According to some estimates, Syrian refugee children now account for more than half of the pupils enrolled in Lebanese public schools. And while Lebanon is by far the country most affected by the headwinds from the continuing crisis in Syria, other countries have also stepped up to host refugee families, often with large numbers of children of various ages in need of education.

From its base within LAU, the Centre for Lebanese Studies (CLS) is at the forefront of attempting to understand and proactively address the educational experience of Syrian refugee children in Lebanon, the region and beyond. With the support of a $951,519 grant recently received from the Spencer Foundation, CLS Director Maha Shuayb and a team of colleagues are conducting a comparative longitudinal study of policies, programs and practices related to refugee education in four countries: Lebanon, Germany, Australia and Turkey.

According to Shuayb, the team is interested in three aspects of the issue: “The macro level of the study focuses on existing settlement and education policies across the four countries,” she explains. “The meso level focuses on existing education provisions for refugee children, and the micro level focuses on children’s progress and experiences at school. We hope this will allow us to better understand the conditions that can help improve refugee students’ academic attainment.”

Over a five-year period from 2018 to 2023, the researchers will follow the development of selected refugee children enrolled in both middle and secondary schools in all four countries. “Our research methodology comprises qualitative and quantitative instruments, that is, analysis of policy documents concerned with migration and refugee legislations, and education policies for refugee children,” says Shuayb. “There will also be face-to-face as well as telephone interviews conducted with refugee children and their parents or other caregivers, teachers, principals and policy-makers,” she adds.

Those behind the CLS project often discuss what positive, real-world changes could come from it, says Nina Maadad, a member of the research team and senior lecturer in education at Adelaide University in Australia. “These would be educational provisions that could be revised to provide stronger and better opportunities for all refugee children.”

The CLS project resonates with LAU’s broad commitment to both research and community engagement, as stressed by the university’s Third Strategic Plan. It also follows an already established tradition within LAU of highlighting the plight of refugees and working toward constructive solutions, most recently in a November 2017 conference called The Politics of Reception: Syria’s Neighborhood as a Social Field hosted by the Department of Social Sciences and the Institute for Migration Studies.

As it gears up to fully operationalize research plans under the terms of the Spencer Foundation grant, the CLS is also preparing to launch a social media campaign highlighting problems related to vulnerable children’s access to education, focusing on both low-income Lebanese families and Syrian refugees. The campaign is based on research previously conducted under the auspices of the institute and published as a background paper for the International Commission on Financing Global Education Opportunity.